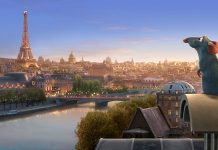 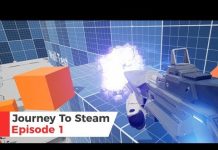 Hi … have u witnessed an incredible moment , a moment where you feel like that every pulse in your heart is telling you , “this is it , this is the moment , this is what I want even hundreds time miraculous than what I’m seeing , what I’m experiencing this is it !!”

I’m talking about the  24fps 2009 awards. For the first time in my entire life , this is the second best thing I’ve ever witnessed. May be you are thinking this guy is idiot , he was not even part of it , he has not even win a damn thing , he was as just viewer there and why do he think about this way ?

I tell you why , I saw great talent and skill there , when they were showing the student films on screen , it was beautiful , I mean it’s  something  that  guys have worked hard I mean really hard for 1 year , 1 whole year only one thing they are chasing , trying to bring the one vision into reality … that’s happening now on  screen … I wasn’t viewer there , I was trying to feel all those things , later I realized that  I was so lost in the moment that I forgot some stories  of films …

For every award when the guys were wining … believe me it was special , really special .. the joys of wining moment , the cheers , the claps , the smiles, raising the awards in air .. I was absorbing every thing in that moment

… I was feeling really passionate , seeing all these special and gifted guys and girls ,  I should have got some time to talk with them , I mean all 200 or more guys .   I just wanted to tell them that was an awesome experience!

You know sometimes its really easy to give comments or critic on  , but there are some times when you realize that something inside tells you , “ oh really , then just try doing a few seconds of it !!”  whole perspective changes ….

That’s why I’m not telling which was the best film , they all were best ..

At night when we were leaving  I was feeling like a small kid who wants to make all his stories in reality like all these guys , give the same experience to viewer like me ..

Some one was giving out small balloons, I got there and took one … When I was walking with balloon ..

In crowd a guy talking on phone , “ …it would have been really nice if we should have got at least one nomination.. at least one …”

I thought .. there should have been an appreciation of efforts for everybody .. then I thought , I’m thinking like a kid cause of balloon …

I asked my brother  will the balloon will go in sky if I leave it … he was talking but I have already left the balloon in sky …Like a wish …!!!!

P.S. : I’m really sorry if you thought that I didn’t tell about any award and films for that please click here