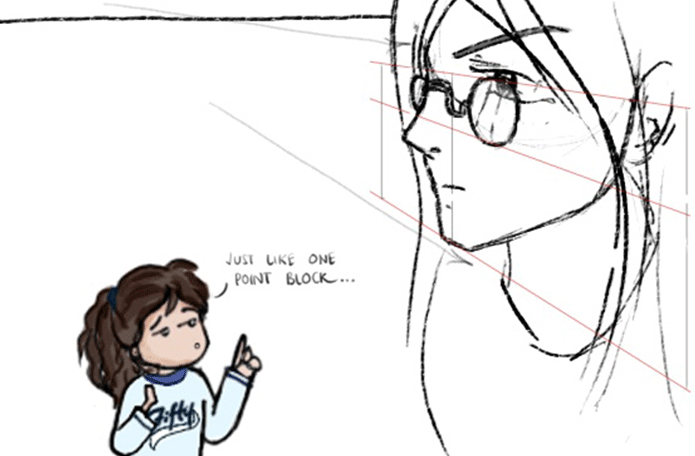 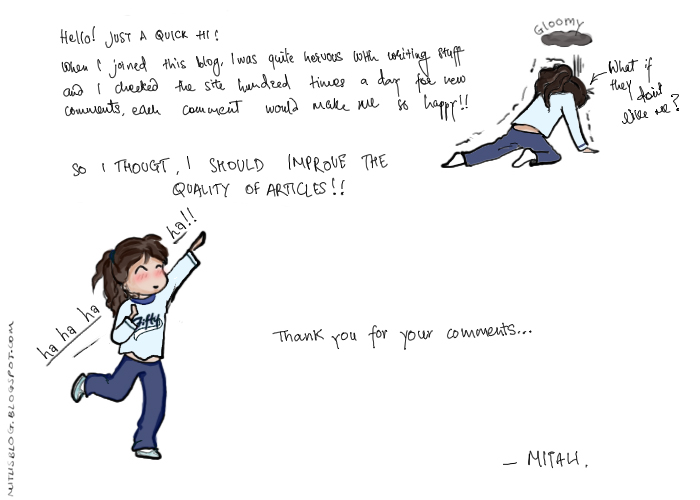 First of all a thousand apologies to all the readers because this article has taken so much time to publish, seriously guys.. If I could bake cookies for you , I would;  as an apology, and also I thank the team for their infinite faith, patience and strength. I mean it.

Let’s start from where we left and I hope you have not given up practice yet!

In the previous tutorial we covered the basics for one point perspective, and scribbling… once you start with these things, you are not supposed to stop and move on to another, you do this plus the next thing together and so on…

On special requests, here is the part II of the tutorial that may help you to delve deeper into one point perspective…

There are two basic things that I want to cover in this tutorial, assuming that you have followed the first tutorial, I continue into-

so we begin with where we left in the part I

Perspective : The way an object appears to change it’s shape in accordance to our position to it
for example, this block

the same block as we [the viewer] change the position

when we are supposed to draw a character, adding perspective can add a hell

lot of realism to your character..  like adding it in the props or eyes or in the face, something like this:

Imagine a 3d block around the character that you are about to draw…a line passing through the vanishing point and the ”breadth” or the width of the object will act as a guide line for your character’s features [eyes, nose, ears, mouth etc] , and props.

Not only you can add perspective to scenery and images but it can also be added to a character’s eyes, nose, facial features as well as the props in this case, mostly the glasses…