The more we are closer to the year, the more new awesome animated shorts are making their way up. (Yes, this year I will be listing Top 10 Animated shorts of The year)

Death of A Father is deeply morbid animated short film. Every culture has different traditions for death. However, the process of dealing with death is incredibly personal. There are social and traditional aspects and there are aspects that can only be understood by going through it yourself. Death of A Father attempts to take us through it in casual manner. The pauses, the every day normal conversation doesn’t reflect loss, it makes it sound natural. That’s what makes it morbid.

The establishing scene in the hospital is darker. I wouldn’t say relatable. We have watched this scene in films many times but in this short it’s the disturbing hook. The most beautiful and unexpected part is : it doesn’t prepare you for what happens after that hook.

Besides the after death rituals, life looks like life, people look like people. (It scares you doesn’t it.) I always thought, when someone dies, the way they know you dies with them. It’s like one perception of you dies with them. This animated short, Death of A Father takes us through how the lead character goes through the post death phase.

Character designs are unique. Animators have done amazing job with the animation, since the real life dialogues and natural voice deliveries don’t offer much for the animators. The absence of background music makes significant impact on viewers mind. It doesn’t look like a film performance, it appears as a real life experience. The more it progresses the more it empties you. It’s a great choice by director Somnath Pal, where you don’t see the tear drops at all in this entire short. It’s aligned with it’s theme perfectly, “When one dies, the other one just moves on…”

It’s a darker thought, even disturbing one. This leaves with the question, Is it a reality?? Will this be a reality?  We all wish we won’t ever have to find out, but no matter how much we wish, it’s inevitable revelation isn’t it?

Storyteller Somnath Pal has done marvelous job with the animated short. I would be eagerly waiting for the more animated projects from him in future. Films like these give me lots and lots of hope about Storytelling and Future of Animation in India.

If you are filmmaker in India, I want to say, great cinema like Death of A Father happens when you start look at animation as a storytelling medium and not as a genre for kids.

The article was originally written for Kennyroy.com 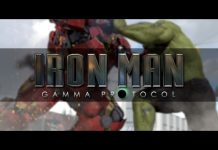 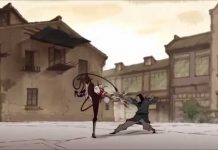 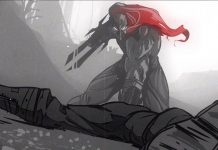