In this video, Jorge Luengo Ruiz shows How Christopher Nolan uses hands to communicate crucial things. There’s an article which articulates it perfectly

Nolan uses close-ups of hands to do many different things: reveal a key element of the plot or character, communicate the emotional state of a character, or simply show an action. Think of how Leonard meticulously captures Polaroids or frantically writes notes in Memento, or how Cobb carries around and spins the top in Inception.

In many ways, Nolan’s characters think with their hands.

If you are a character animation student, when you’re animating character shots, there’s usually the tiny voice inside which keeps asking, What do I do with character’s hands?

It’s a great reminder that hands can be more powerful storytelling tool to communicate narrative beats or acting beats. They could act as an extension of character’s thoughts. They could reveal more about the character, the subtext or his mindset.

They could lead or point to the hidden. Or they could just be the only one’s who are telling the truth. 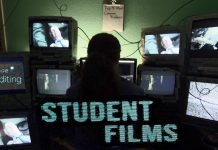