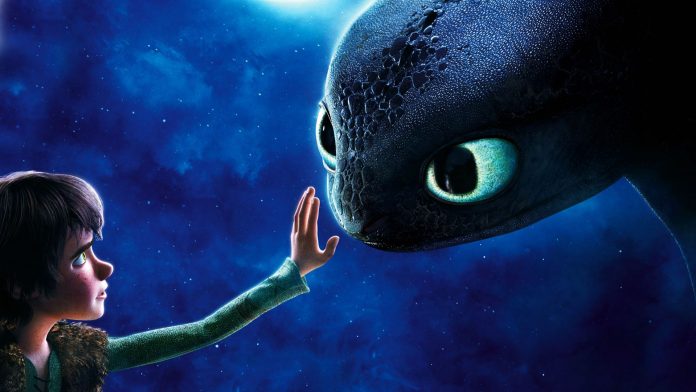 Dragons , Dragons everywhere …Finally it released in India . I know you must have watched How to train your Dragon .. Awesome movie .. Its the movie of Dreamworks i liked most after Kung Fu Panda , its really unusual movie and awesome .. This movie has so many different new things that mostly are not in Dreamworks movies.

Lets explore its story structure with tools we have learned in our Story Writing classes ..

Here is link where you can read about the terms i’m going to use ,so that you will get even more understanding of structure

The Most appealing things in story

Let’s Start with the Set-Up

Set-Up in How to Train Your Dragon

The world in “How to train your dragons” is NEW ..

John Lasseter , once said that , one of the most incredible thing about Animation is that we can create any new world and not just that but we can make audience believe that this world actually exists .. (Thats why there are Pixar’s  Toy’s World, Bug’s World, Monster’s World , Fish’s World, Car’s World, Superheroe’s World …..i mean from the day I have watched Cars, in real life I still see Cars talking to each other all the time, Don’t you?)

One of the most important ingredient in Animation Story is that Exploring New worlds , instead of using already explored worlds ,  Dreamworks have created whole new,amazing and unseen world ..Which has Dragons and Humans, who are having daily battles of life and death ..

So as we know, when we create new world , we must need to educate audience about that new world and showing them that , its the similar world as they have , but somewhat different, still have same emotional needs and emotional challenges , what kind of world it is what challenges they have , how they live , what are the beliefs in the world ?

And what are the RULES of the world

As the story starts ,We see dangerous battlefield on fire , mighty dragons and mighty warriors , Hicup tells about his World , its Rules and about characters in few minutes, what are their wants , what are his wants ..

As always for any story its always awesome when Character learns all the Rules , backstories and beliefs about the world in Set-Up..

And in this Hicup joins the school where he learns more about dragons , that’s perfect for us as we learn about the World even more.

Do you remember my article on Rules, where i discussed that sometimes story has some Rules already Set for the World and at the end the Protagonist Removes(changes) that rule/s and story World also changes at the end (Like A Bug’s Life) , click here for Rules article.

“How to train your dragon” also falls in that category

We learn so much about dragons and their world when Hicup is being trained in School ..As I discussed in articles Its always best when Lead Character starts learning about the world , Lion king, Bambi , Dumbo, Spirit, ..(like in Avatar , the protagonist learns about the new World “Pandora”)

This way the story also progresses and we learn so much along the way ..

You must see how they have maintained the balance between Learning process in school and with his(Hicup) friend Toothless , progression of his dynamic relationship with Toothless and with his father and Story’s momentum and progression ..

The motivation and Goals are clearly shown , that’s what is really important for any story ,

What are character’s wants?

Why they want, what they want?

And What they actually Need?

See stories are all about filling the Gap between Wants and Needs , I read somewhere before , “You  might not get what you Want , but you may get what you Need !!”

In all his world Hicup is alone , emotionally far away from his father, though he says he have to kill the dragon , may be he will get girl friend and he will get recognized .. (Want)

Unconsciously he wants to get close to his father, he doesn’t have mother to understand and comfort him, saying ,”Hicup , you are different and you know what you are special , there must be GOD’s some purpose that you are not able to hunt dragons..”

When he meet Toothless, he get chance to be close to someone and at the end he really gets close emotionally  to his father , and even more close to Toothless (the why behind that we realize in last 3 minutes of story )

One of the best thing for any story is having perfect character, its like you will never able to separate him from his story (physically and emotionally).

We need appealing main characters its not always true,  We need characters which story needs .. We need the perfect character which will tell the story best possible way so that Audience will feel all the emotions, the story wants to experience them.

One of the part is appearance of Character ..

The Story of  “How to train your dragon?”, is of really ordinary guy but unique in some way.

That’s why Hicup is perfect character for story , he looks really ordinary and not some special appealing hero ..

But he thinks differently , he has good sense of humor, He understands the emotions of people, he is LEFT handed kid, who have ingenious mind , he is constructive in his approach, he is curious to know why behind the things,

He is ordinary guy yet unique, and totally different from every Viking that ever existed in his world

The most appealing character created in Dreamworks until now, his big eyes, sometimes he behave like a dog and sometimes like a cat , and his awesome wings , and the way he moves and flies is incredible , his quickness in movement  and his innocence… He doesn’t talk but we want to say ,“will you please at least say a word..please.. “

The moment you see him, you definitely relate to him (I showed the poster of toothless to my 1 and half year niece and she loved it )

He is amazing character , you definitely remember him. He is best friend of Hicup’s father , and he also cares for Hicup. He is funny and unique character out there, you also relate to him and recognize him..(I mean everyone has(wishes to have) uncle like that who tells  stories of dragons at night .. ha ha..)

While we are exploring about the Set-Up and its elements , I just realized that article have become bigger so I think I should chunk it down , in this chunk we have seen the elements how they are used in , “how to train your dragon?”

So just refresh your eyes , may be you want to stand up and stretch arms , come on move little bit and if you are not moving , at least change the breathing pattern, take a deep breath and start now ..

Now let’s see how the audience gets emotionally involved in the story, for the second part click here