Kung Fu Panda: The Paws of Destiny is the newest story from DreamWorks’ Academy Award and Emmy winning franchise. It follows the story of Po who faces one of his biggest challenges yet, which is to teach four panda kids how to wield their newfound chi powers in order to save the world from an evil force. 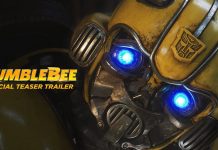